OBJECTIVE To describe the treatment provided by specialists for ACL lesions in professional soccer players.
METHODS A cross-sectional study in which orthopedic surgeons affiliated to soccer teams competing in the Brazilian Soccer Championship answered a questionnaire about the treatment of ACL injuries in professional soccer players.
RESULTS The specialists wait between one to four weeks after the ACL injury to perform the surgical treatment. They use a single incision and single-bundle reconstruction, assisted by arthroscopy, femoral tunnel drilling by an accessory medial portal, and quadruple flexor tendon autografts or patellar tendon autografts. After three to four months, the players are allowed to run in a straight line; after four to six months, they begin to practice exercises with the ball without contact with other athletes; and, after six to eight months, they return to play. The main parameter used to determine the return to play is the isokinetic strength test. The specialists estimate that more than 90% of elite soccer players return to playing professionally after an ACL reconstruction, and 60 to 90% return to play at their prior or at a greater level of performance.
CONCLUSION The present article successfully describes the main surgical practices and post-surgery management adopted by specialists in this highly-specific population of patients. 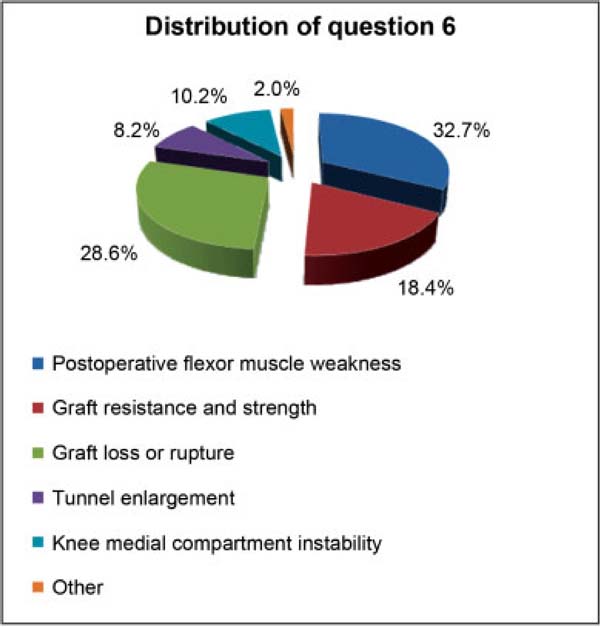 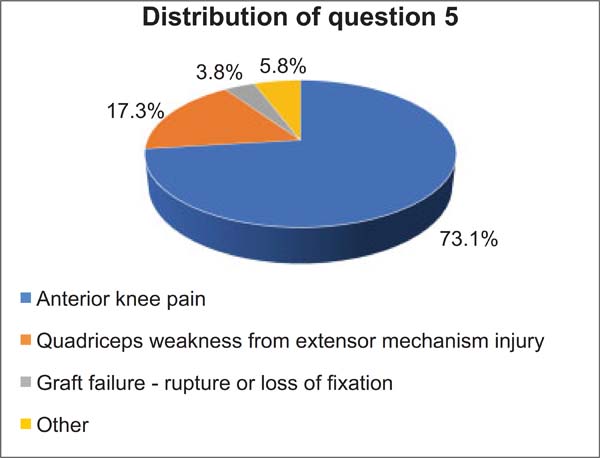 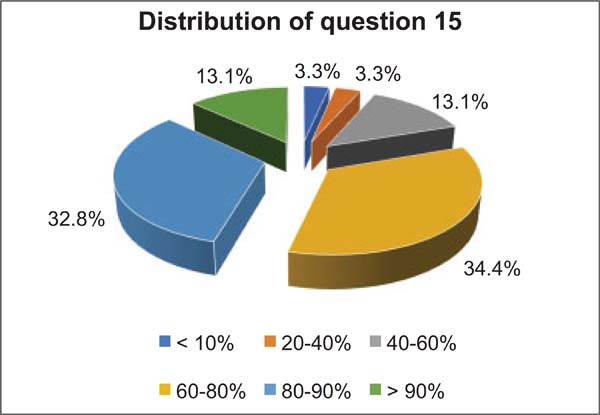 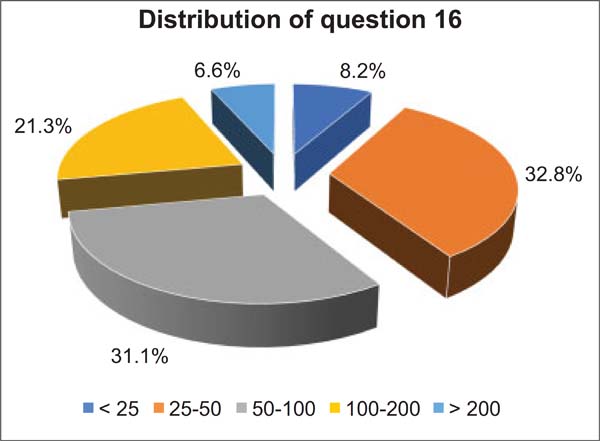 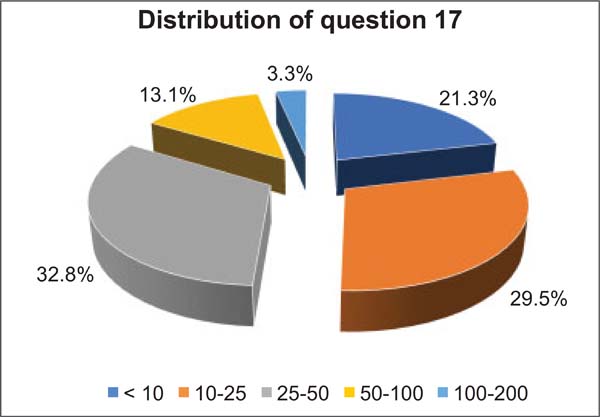 Soccer (also known as football in the United Kingdom), is the most popular sport in the world, with over 265 million active players worldwide.1 It is the main cause of sports injuries.2 One of the most common knee injuries is the rupture of the anterior cruciate ligament (ACL),3-6 a serious injury that predominantly requires surgical treatment.7,8 Although the risk of this injury is low in the general population, it is considerably higher among team sports athletes.9

In professional football, this injury has important economic consequences: the absence from training and competitions for months, associated with issues such as compliance with contracts, schedules, advertising engagements and other engagements often entails enormous pressure for a quick return to sport.

The primary goal of ligament reconstruction in these patients is to restore the physiological function of the injured knee, to enable the athlete to return to play soccer as soon as possible, with the same proficiency level as before the injury, and to help prevent the degenerative processes that could take place.10,11 There is no consensus regarding the best treatment, nor regarding the time required for rehabilitation and safe return to competitive activities.9,10,12 Given the lack of solid evidence, the experience of experts is an important factor in the management of these cases. Our goal is to describe the treatment of ACL injuries in professional soccer athletes performed by orthopedists affiliated to soccer teams competing in the Brazilian Soccer Championship.

This cross-sectional study was approved by the Ethics in Research Committee of Universidade Federal de São Paulo, under opinion number 2.221.990. It was developed based on interviews with 61 orthopedists affiliated to Brazilian professional soccer teams, mainly those that compete in the Brazilian Soccer Championship. The experts were approached individually by the research team members by telephone or via email. After signing the informed consent form, a multiple choice questionnaire containing 17 questions was applied to every orthopedist. The questionnaire was based on models used in international research, and it was adapted by the authors and approved by a committee of medical specialists in the field.

The questions were developed in order to obtain data about the interviewees' profile and their experience, treatment methods, surgical techniques and postoperative practices.

In the research, the following software were used: the Statistical Package for the Social Sciences (SPSS, IBM Corp., Armonk, NY, US), version 20.0, Minitab (Minitab, LLC, State College, PA, US), version 16, and Excel Office 2010 (Microsoft Corp., Redmond, WA, US). For the quantitative variables, a complete descriptive analysis was performed. We obtained low variability in the responses (coefficient of variance [CV] < 50%), which demonstrates the homogeneity of the data. The qualitative variables were analyzed through the calculation of absolute and relative frequencies, tests of equality of proportions, analysis of the statistical 95% confidence intervals (95%CIs) and p-values (statistical error allowed) ≤ 0.05. The data obtained were compared to those found in the literature. The results that differed from the established parameters were detailed.

Table 1. Complete descriptive analysis of the quantitative variables of questions 1, 2 and 3

Table 1. Complete descriptive analysis of the quantitative variables of questions 1, 2 and 3

Regarding the definitive surgery after ACL injury, 45.9% of the respondents wait between 1 and 2 weeks to perform it after an acute and isolated ACL injury; 34.4% wait 2 to 3 weeks; 16.4% perform immediate surgery; and only 3.3% wait 4 to 6 weeks for the definitive approach. Statistically, there was no difference between the waiting periods of 1 to 2 weeks and 2 to 3 weeks (p = 0.196).

Perforation of the femoral tunnel via the medial accessory portal (transportal) was the choice for 50.8% of the respondents; 24.6% opted for the outside-in technique; 23%, for the transtibial technique; and only 1.6%, for the double incision.

Fig. 1. Distribution of the answers obtained from question 6. Statistically, there was no difference between the most recurrent response (“postoperative flexor muscle weakness”) and the responses “graft loss or rupture” (p = 0.661) and “graft resistance and strength” (p = 0.105).

Download
Fig. 2. Distribution of the answers obtained from question 5. The major concern was anterior knee pain. Other conditions mentioned by 5.8% of the respondents included knee extension block and absence of concern.

Unrestricted return to sport was allowed by 65.6% of the respondents after 6 to 8 months postoperatively; 24.6% allowed the return after 8 to 10 months; 8.2%, after 4 to 6 months; and only 1.6 %, after more than 10 months. No respondents opted for the release in less than 4 months. The main parameter used was the isokinetic strength test (49.2%). The second most used criterion was rehabilitation and postoperative time longer than 6 months (23%), followed by normal and painless physical examination (13.1%), the hop test (9.8%), physiotherapy assessment (8.2%), and other parameters (8.2%), among them the combination of the previously mentioned parameters with kinematics and force platform, comparative contralateral functional tests, and the application of the “Functional Movement Screen”.

The use of functional orthoses was only recommended by 9.8% of the specialists. Among those who recommended it, 83.3% maintain orthoses for 2 weeks after surgery, while 16.7% maintain them for 3 weeks.

The divisions system of the Brazilian Soccer Championship is based on the technical quality of the teams and their performance in the previous year. The first division is comprised of the teams with the best performances; then come the other divisions. Regarding the present study, most respondents are affiliated to first-division teams, and even though there were professionals affiliated to clubs from every division in the study, it predominantly involved orthopedists who perform surgeries in athletes of the highest national technical level. To the best of our knowledge, there are no other similar studies in the Brazilian literature involving this many orthopedists and traumatologists specializing in the field, and when reviewing the literature, we found only three similar studies.4,13,14

The respondents were predominantly middle-aged doctors, long-time graduates with extensive orthopedic and football experience. Most choose to wait one to four weeks for the definitive surgical treatment after an ACL injury. Late ACL reconstruction was believed to lead to lower risk of knee stiffness and arthrofibrosis.15,16 However, more recent studies report that the acute reconstruction of these injuries is safe, and does not increase the risk of knee stiffness.15 According to Marcacci et al,17 patients with acute ACL reconstruction returned to sports faster and with better clinical results.

The respondents showed preference for the arthroscopic single-bundle ACL reconstruction technique. This is a controversial topic, even though in the literature there are no significant differences in multiple systematic reviews and meta-analysis in the postoperative evaluation of patients who underwent both techniques.18-20

No respondents opted for the use of allografts for ACL reconstruction. The lack of availability and the small number of biobanks in Brazil make this finding predictable, and it is in agreement with foreign studies. Farber et al4 reported that allografts were not the first choice of any of the surgeons, and most orthopedists believe that allografts have a higher chance of failure. In fact, the rate of new ACL injuries after allograft reconstruction is four to eight times higher than that of autograft reconstruction in athletes and those who serve in the military.3,4 There are no differences between allografts or autografts regarding the quality of ACL injury repair.21

The preferred method for perforation of the femoral tunnel was the medial accessory portal, followed by the outside-in technique and the transtibial technique. It is known that this is another controversial topic in the literature, as illustrated by Luzo et al22 and Farber et al.4 It has been shown in multiple biomechanical studies23,24 that the femoral tunnel performed via the medial accessory portal covers more of the ACL footprint in the femur than the transtibial tunnel. However, there is a lack of significant and clinically relevant outcomes.7,25

The patellar tendon is considered an ideal graft choice, although problems such as loss of sensation, patellar fracture, inferior patellar contracture, and loss of extension torque have been reported after graft removal. The main concern associated with patellar tendon autograft was anterior knee pain, a common and limiting complaint associated with this surgical technique.26 The use of flexor tendon autografts has been growing in popularity because many reports suggest that their use leads to fewer local complications. Postoperative flexor muscle weakness, graft strength and resistance, and graft loss or rupture were the most mentioned concerns, also according to the findings in the literature.15,26

The rates of return to sport and recovery of knee function are not significantly different between the two most commonly used graft groups,27 although there are few well-designed and randomized studies comparing the methods.26 Return to competition was allowed after six to eight months, predominantly without the use of orthoses, as reported in other studies.4,7,15 Although the isokinetic strength test was the main parameter used to allow the return to sports, it is noteworthy that the questionnaire did not detail which device was used or which protocol was applied, and we believe that this is an important topic for future studies.

Most orthopedists believe that soccer players successfully return to sport and pre-injury performance levels. A systematic review by Mohtadi et al28 demonstrated a rate of return to sport from 63 to 97% for highly-competitive athletes, a value consistent with the findings of Zaffagnini et al12 (62% to 95%). The return to sport in European professional football (soccer) is quite high, with 97% of the Union of European Football Associations (UEFA) Champions League athletes returning to the same levels prior to injury after ACL reconstruction. However, only 65% of these athletes continue to play at the same level after three years.29

Although this is a study with level V of evidence, the opinion of multiple experts with varying surgical volume and more than 200 ACL reconstructions per year revealed important information. We must, however, remember the biases inherent to the use of questionnaires in scientific studies. Other factors to consider are the predominance of men in sports in Brazil, the disregard concerning injuries or associated diseases, and the lack of details of other surgical technical aspects, such as the graft fixation method, instrumentation, use of adjuvants, among other factors.

Orthopedic and traumatology specialists associated with major-league soccer teams in Brazil tend to wait one to four weeks after ACL injury to perform the surgical treatment. They preferably use the arthroscopically-assisted single incision and single-bundle technique, femoral tunnel perforation through the medial accessory portal, and the quadruple flexor tendon autograft or the patellar tendon autograft.

The players are allowed unrestricted return to sport after six to eight months of surgery. The parameter used for allowing the athletes to return to sport is the isokinetic strength test, and they do not use postoperative functional orthoses.

According to the respondents, more than 90% of players operated for ACL injuries return to professional sports, with 60 to 90% returning to the same or better level of performance.

Therefore, the present article successfully describes the main surgical practices and post-surgery management adopted by specialists in this highly-specific population of patients.